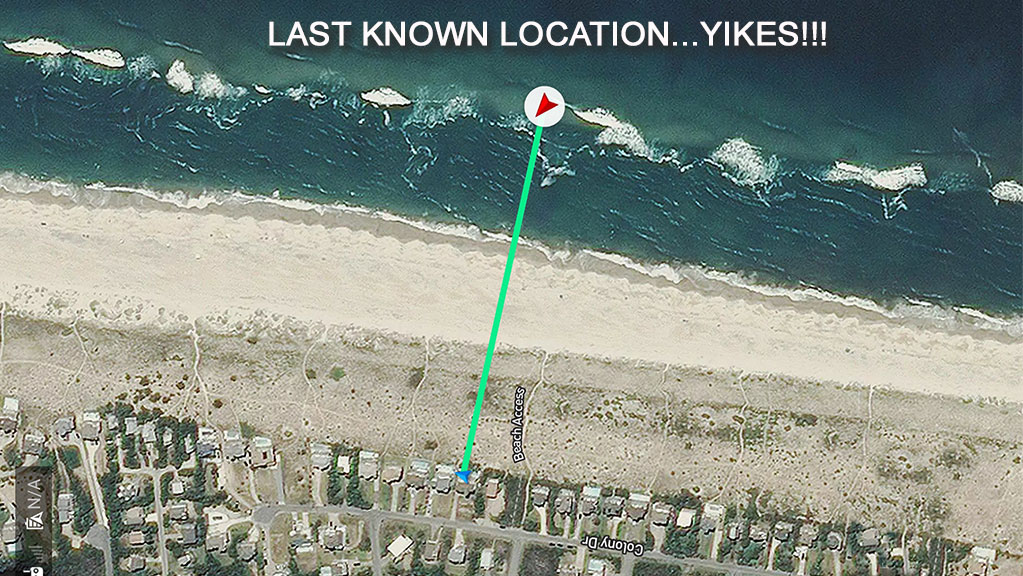 I recently read a post about a lost drone that was found in someone’s backyard.  The pilot did have his FAA registration number affixed to his hull but that was it.  No phone number, no email address or mailing address anywhere. 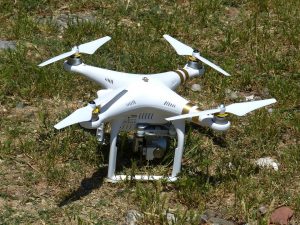 I believe the FAA will not or cannot give out private information linked to a registration number.  So, the person who found this drone, had no way to contact the owner!

I label all my drones with my Name, Address, Email, Cell Number and of course my FAA registration number. I place these labels on top of the hull, inside the battery compartment, and on the battery and controller, as well.  It may seem like overkill but it paid off for me!  Here’s why….

April of last year, my family and I were on vacation in the Outer Banks (OBX),NC .  I had my Mavic Pro drone with me. I wanted to get some family footage and capture some images of the beach area.  The first few days after our arrival, I flew several times down on the beach. I picked times when there  weren’t a lot of people. Spring is still the off season there, so it wasn’t hard to find good times to fly.  I did some demonstration footage for some of Mavic Pro’s Intelligent Flight Modes that I planned to use later in a future blog post on the Drone-Scapes website. 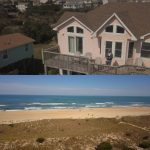 On one particular day,  April 28th, 2018,  I was going to capture some footage of the family down on the beach.  We also had another family joining us for the day.  The weather was sunny, warm, with just a slight breeze, ….. perfect flight conditions.  I let the family gather down on the beach, while I stayed back at the house, on the 3rd story deck.  It was a great vantage point.

I made several passes over head with the drone; there were no issues or concerns at all…really easy flight.  For the final shot, I decided to send the drone out over the ocean. I sent it off shore about 100 yards and climbed to a height of about ~200ft.  My plan was to push it forward, descend down towards the family members on the beach,  then level off at about 50 ft and return to the house to end the shoot.  Well,  things did not go as planned… I framed the shot up, and then started my descent.  Moving forward, I did a quick VLOS (Visual Line of Sight) and then moved my eyes back to the view on my tablet to track the cinematics of the shot.   Just then, my screen went black, then flashed a warning of lost signal.  I looked up to do another VLOS and I could not find the drone.  I looked back down to my screen and there was no video feed.  Needless to say, I panicked!  The only thing I thought of, at that moment was hitting the RTH, (Return To Home) button.  Like I said… I panicked…RTH would do me no good, if I had lost connection.  I did not think to try the trick of switching to sport mode then back to normal mode on the controller, hindsight is painful… 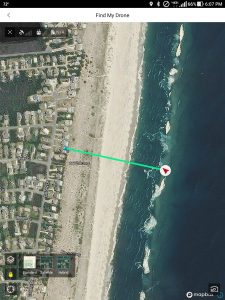 Actual Visual Line of Sight from the deck

I scanned the skies where I thought the drone should have been, but saw nothing.  I thought I saw a little black dot, drop behind the sand dune. However, The dunes blocked the view of the shore line and the beach.  In all fairness, this particular drone (Mavic Pro 1st edition) is very low profile and I find it difficult to  keep it in VLOS.  I then tried the “Find My Drone” feature in the DJI Go 4 App.  This is basically like the Android “Find My Phone” function in your Google account,  but for a drone.  My heart sunk…the “Find My Drone” view showed that my Mavic Pro was now churning in the rough waters of the OBX which has notorious riptides and very strong currents. 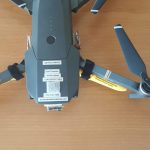 Before the flight, I did strap “Getter Backs” on to the Mavic Pro’s 2 front prop arms, so I thought maybe, just maybe,  there might be a chance to recover the drone out of the ocean…  I scrambled down to the beach with the controller and binoculars.  I tried to explain to my family what had just happened, while staying focused on the water just past the wave breaks where I assumed the drone went in.  Long story short, we didn’t recover the drone.

I will leave out all the drama that occurred from that day and the remainder of the vacation.  Needless to say, my drone was in Davy Jone’s locker.  It is now June 16, 2018, my wife and I were sitting at home on our deck, back in Central NY.  We were enjoying our coffee and the warm summer morning.  I was still in a heated discussions with DJI (Drone Manufacturer of Mavic Pro ) and trying to get some sort of compensation for my loss due to an obvious hardware failure, since I had the DJI Care Refresh Warranty Policy.  (That’s another topic for a future post.)

To my surprise I received a text message on my phone “I found your drone at the Outer Banks, NC” (See image to the left). So it seems that my drone never ditched in the ocean after all.  I just assumed that, because I never saw it again after the initial black dot that dropped behind the sand dune plus the image I saw from the “Find My Drone” app, showed the last location out over the ocean.

Remember all the labels on my drone? The one on the outside, on the battery, on the inside of the battery compartment??  I used to think it was a little over the top, but now…  I am happy that I did it.  It seems…my RTH setup sort of worked, not as expected but the drone never crashed in the ocean.  It wandered around a bit, then got its bearing and returned to the approximate home location and hovered in place at ~100 ft. during the RTH maneuver. Here is a link to the final video footage

This drone sat out in the elements for a month in the heat, the rain, the wind, etc.  Someone found it and was still able to read one of the labels and was kind enough to contact me and return the drone back to me.  What a huge relief!  Well worth the time it took to make a few labels.

This site uses Akismet to reduce spam. Learn how your comment data is processed.

Sign-up to get the latest drone info notices
Give it a try, you can unsubscribe anytime.

Sign-up to get the latest drone info notices
Give it a try, you can unsubscribe anytime.